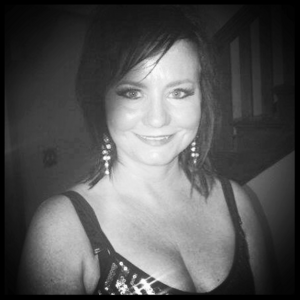 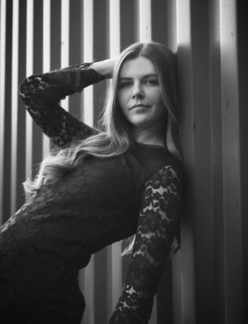 Haley first started taking recreational dance classes at the age of 8 but did not discover her true passion for dance and choreography until she joined the competitive dance team at Studio J2 Dance at the age of 12. It is here she trained at a competitive level in styles including contemporary, lyrical, jazz, ballet, and hip-hop. In high school Haley began assisting and training under Justine as a choreographer for the younger competitive dance teams. Her years as a competitive and elite member dancer at J2 gave her the opportunity to compete at the world dance championship in New York City along with many other dance opportunities including being asked to perform as guest artists for a professional Indy based dance company called Create Freedom Arts Project and being asked to perform at the annual Indy Pride Festival. She also gained the opportunity to be a back up dancer for Canadian music artist, Jasmine Whyte. Haley recently graduated from IUPUI’s Herron School of Art + Design where she studied Art History. She continued to pursue her dance career here at IUPUI where she was a member of the school dance organization, The Moving Company. Haley hopes to continue to dance and choreograph at a professional level and never wants to stop learning new things through her dance career! 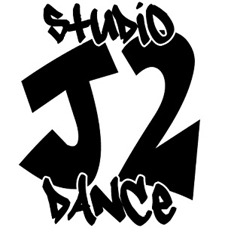 Stacie was raised in Morgantown, IN. She started her dance journey at the age of just 3! Stacie graduated with a BFA in dance from the University of Saint Francis where she studied and performed with the Fort Wayne Ballet. She has had 10 years experience in the field as a dance Instructor, teaching various styles including: Ballet, Jazz, Contemporary, Tap, Musical Theatre, Hip-Hop, fitness & more! Stacie has worked previously as the Executive & Artistic Director in Columbus, IN. Stacie currently teaches locally for studios in Martinsville, Franklin and Beech Grove. She continues to be a substitute teacher in the area as well. Stacie is currently a company member dancing professionally with Relevations Dance Company performing all over Indiana. Stacie is extremely excited to be teaching for many new dance studios this Fall. She is most excited to train and equip dancers with the proper etiquette, technique, and self-confidence that will enable and empower them to transform into the powerful dancer that they dream of being! "My love for dance has touched hundreds of dancers' lives over the years. I look forward to being a positive role model and significant impact to each dancer along their journey!”

Koi’s mission is to spread the culture and the style of popping. He wants to teach the next generation of poppers and continue to keep the style of popping and all the styles underneath it alive and well. Koi has been extremely active in his scene and have taught classes to students all around the world. Since the beginning of the pandemic, He’s been BATTEling over 30 plus battles. Having internationally recognized for his style of animation, waving, and popping. He has won and competed passing preselections in india, japan, russia, uk, united states. He is the proud student of AJ Megaman, Popping Todd, OG Kobruh, OG Tea-Bugz, Roboflo, Jsmooth, and Puppet Einn (EB Fam). 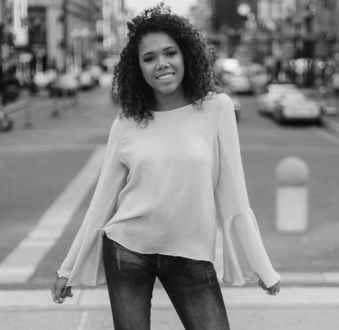 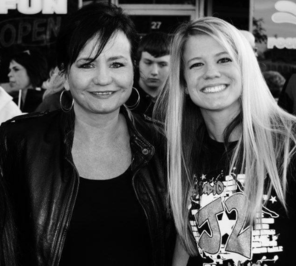 Julia began her dance training at the age of thirteen.  She studied several dance styles with a focus on Jazz.  She enjoyed learning different aspects of dance from many local dance studios.  She later taught dance and fitness classes in Indianapolis.  Julia used her experience to book local work as a model in print, runway, spokesperson and TV.  Julia received a degree in Cosmetology with a certificate in Business.  Julia has been a business women in the Beauty Industry for over twenty three years.  She founded and operated Makeovers by Julia and House of Style.  She has been a guest artist on runway and photo shoots,  She currently manages JCP styling salon in Greenwood, IN.  Dance is still a great passion for her.  She works with
her daughter, Justine to continue to make Studio J2 Dance the best it can be.  Julia believes it is not just about dance, it is impacting each child one dance at a time. 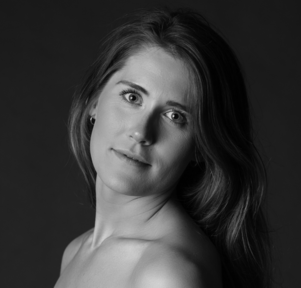 Destiny Mack started her dance training at the age of 3 on the south side of Indianapolis. She trained in several styles of dance including jazz, tap, ballet, pointe, lyrical, musical theatre, hip hop, clogging, and contemporary. She was a member of the competitive team and won numerous awards at the regional and national level and was able to perform at a local dinner theatre, Beef and Boards, and in Disney World three different times. She later attended IUPUI where she studied business management and dance. At IUPUI, Destiny performed for the Moving Company, where she was able to take dance classes at the collegiate level and perform. After graduating in the spring of 2015, Destiny became apart of a professional dance company called Create Freedom Arts Projects where she trained in Horton technique, modern, contemporary, and African. For two years she was a professional cheerleader/dancer for the Indy Fuel hockey team and was named dance captain. Destiny has also performed for the Indy Pride Celebration as a back up dancer and was in a music video for Canadian recording artist Jasmine Whyte. Most recently, Destiny became a member of Meraki Dance Company, a professional dance company in Indianapolis where she will continue to train in modern, contemporary, jazz, and more. Destiny has been sharing her love and passion for dance by teaching and assisting dancers for several years now. She plans to keep dance in her life forever and hopes that she will be able to perform full time some day. Destiny is living life one audition at a time! 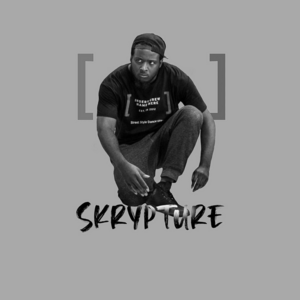 Nimbus has been dancing for over 15 years and was able to learn various styles. He has been able to incorporate other street dance elements into his dance and be able express freely. Nimbus is a member of 31SVN Street Dance Academy that pushes the future generation through the love of Hip Hop Culture. They were able to be perform for Pharoahe Monch, B2K, KiWi, Rev Indy, IUPUI Jaguars, March Madness, Fishers Spark, IMA, and more. Nimbus have been able to travel for battles and events around the country to expand his knowledge for the Street Dance Culture. He has been able to learn from amazing individuals who carry on the legacy, culture, and history of the dance. Mentors/Teachers that have influenced Nimbus are: Rashaad Hasani, Jade Zuberi, Boogie Frantick, Future, Damon Frost, Seoul, Rox-it, Tonic, Barberik, and Josh Of Clubs.Nimbus incorporates ‘Popping’ as his style preference. He is able to showcase ‘Tutting’ to be able to create unique shapes with the body and to be able to move shapes or lines musically. Nimbus class primarily focuses on confidence when approaching new styles or being able to create new movement without doubt 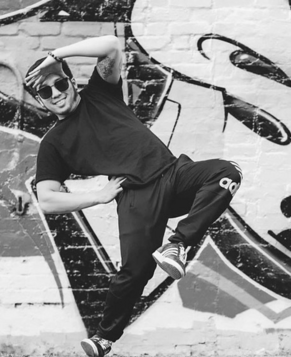 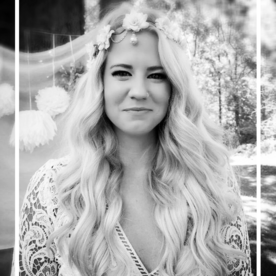 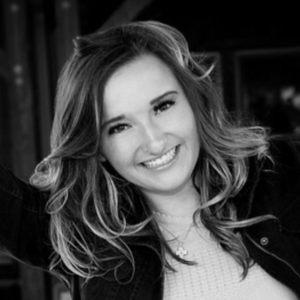 ​​Justine first found her love of dance when her mom enrolled her in dance classes at the age of three. She continued to study tumbling, ballet, jazz, lyrical and tap as a young child. As Justine got older, she experimented with other activities such as competitive cheer, track, and gymnastics. At the age of 16, Justine taught her first Hip Hop class at a local gym she was training at. After that, she realized she was hooked and loved choreographing and teaching dance. Since then, Justine has instructed and choreographed for many dance classes at her studio where she has lead her company to many national and regional wins and won many choreography awards for herself. Justine has taught while attending college full time at IUPUI where she studied exercise science, pre physical therapy, dance and psychology. While at the University, she was given the opportunity to perform for the Moving Company where she was able to take dance classes at a college level and perform professionally. She recently graduated IUPUI with a bachelors in Kinesiology, a minor in dance, a minor in psychology and a certificate in personal training. Justine recently accepted the position as the coach and choreographer for the Martinsville High School She is also the choreographer for the Martinsville High School Musicals, Merry Mac Players & The Moving Company at IUPUI. Last summer, she was given the opportunity to choreograph and dance as a backup dancer at the Indy Pride Festival. Later on that year, Justine made a connection with the Canadian song artist, Jasmine Whyte, where she was asked to choreograph and dance for her first music video. Justine's next goal is to create a scholarship program to provide grants and scholarships to the less fortunate dancers of the Martinsville community. 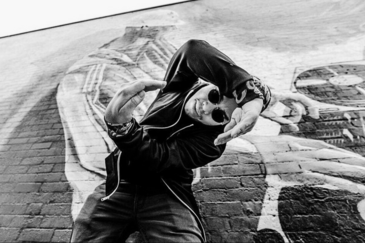 Studio J2 Dance was founded by Justine Jack and her mother Julia Ewing in the summer of 2009. At the age of 16, Justine taught her first dance class. She decided to create a hip hop crew that would travel to local competitions. After a few years the crew began to grow and attract more dancers, which brought the need to expand.  With a strong passion for dance and a desire to teach others, Justine opened Studio J2 Dance with the help of her mother, Julia, while she was a senior in high school. Studio J2 Dance quickly began to incorporate new genres of dance including hip hop, ballet, jazz, tap, clogging, lyrical, contemporary, and tumbling. The studio has been in business since 2009 and continues to educate dancers of all levels and ages with an emphasis on fostering self expression with top notch dance education.​

Ri Leigh began her dance career at the age of 5 in recreational classes and started competing soon after at 7 years old. As she moved to Martinsville she found an even greater love for dance as she joined the Studio J2 Dance competition team at 12. Within this studio she trained for 7 more years in many styles including jazz, hip-hop, ballet, contemporary, lyrical, and musical theater. Ri Leigh was given an opportunity as she entered high school to begin assisting under Justine for recreational classes and then younger competitive teams. As a competitive team member and dancer on the speciality elite team, she was able to compete in New York City for the world dance championships. Dance opened up the door to perform in many special occasions, community events, and even in a music video for an artist based out of Canada. Returning from a stint in the military after high school graduation, Ri Leigh returned to the studio and the Martinsville Dance Team to pursue a love of coaching. Her passion for dance grows each year as she continues to work on her craft, train in different styles, and watch her students throughout the season as they excel in their dancing.